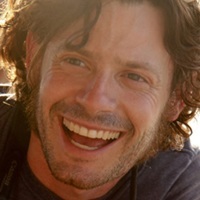 Aaron Huey is a photojournalist who has shot 25 features for the National Geographic magazines. Huey is also a Contributing Editor at Harper’s magazine and only the 2nd photographer to hold that tile on the 163-year-old magazine. Huey’s Pine Ridge work recently rose to prominence after he was invited to give a lecture on the subject at a TED conference.

Huey has photographed diverse subjects from the drug War in Afghanistan to antiquities smuggling in West Africa. He is widely known for his 3,349-mile solo walk across America with his dog Cosmo in 2002. The journey lasted 154 days and there was no media coverage and they walked every step. Huey was awarded the Galen Rowell Award for the Art of Adventure this year as well as a several awards in POYi and World Press Photo and the National Magazine Awards for his Pine Ridge work. He is a Global Fellow at Stanford’s d.School where he plots future community storytelling coups.

Seven Years on Pine Ridge: The evolution of a story from photojournalism to street art and beyond
January 31, 2013

Slideshow Night Photographs for 2009 Pictures of the Year International

I don't want to do stories that don't have a heart. I'm just not going to be satisfied with stories where I can't be passionate about the subject, where I can't make a difference.