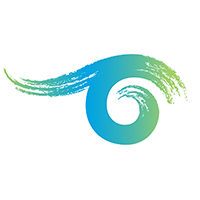 Ethan James Green injects his originality, distinct personality, and rich experiences of life into his acutely personal portraits, bringing an unsurpassable degree of intimacy and honesty into fashion and style media. With the mentorship of downtown New York artist David Armstrong, Green began to photograph his close circle of New York friends and collaborators, as well as casting on the streets of the city. His photographs brilliantly portray the vitality and particularities of contemporary originality, sexual identity, and a timely iconography of contemporary style.

Like his forebears, including Nan Goldin and Corinne Day, Green articulates his unique version of beauty and creates the visual language of this exciting and diverse epoch. Green’s work has been commissioned by publications such as Another Man, Aperture, Arena Homme +, i-D, LOVE, Self Service, Vanity Fair, Vogue, Vogue Homme, Vogue Italia, Vogue Paris, W, and WSJ Magazine. His work has been commissioned by fashion labels such as Alexander McQueen, Altuzarra, Dior, Fendi, Helmut Lang, Kenzo, Lanvin, Louis Vuitton, Miu Miu, Prada, Proenza Schouler, and The Row. His first monograph, Young New York, was published by Aperture in Spring 2019 and features a foreword by Hari Nef and an essay by Michael Schulman.