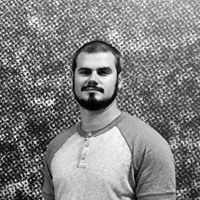 Adrian Fernandez studied visual arts at the San Alejandro Fine Arts Academy and later at the Instituto Superior de Arte (ISA) in Havana, Cuba. Early in his career, despite specializing in sculpture, he began to practice photography, which would become his main expressive tool. His work has evolved from documentary-style black-and-white prints to color, digital and studio photography.

He currently works as an independent artist and as a professor of Documentary Photography in Havana for New York University’s Tisch School of the Arts student abroad program. Fernandez has been featured in several group and solo shows throughout Cuba, the United States, Mexico, France, Germany, Belgium and Switzerland.

Hermes Mallea is an architect and a partner in M(Group), an award-winning design firm based in New York. Mallea studied at the University of Miami’s School of Architecture and Columbia University’s graduate school of Historic Preservation and is a member of the American Institute of Architects. He lectures on historic Cuban architecture on the island and in the United States and frequently accompanies travelers visiting Havana.

He is the author of Great Houses of Havana (Monacelli Press), Escape: The Heyday of Caribbean Glamour (Rizzoli) and Havana Living Today/ Cuban Homestyle Now (Rizzoli, 2017).