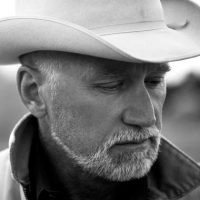 Kurt Markus has lived several lives as a photographer, beginning with his first photographs of cowboys some 35 years ago, then exploring fashion, travel, landscape, nudes and celebrity portraiture. He has photographed campaigns for Armani, Esprit, Banana Republic, BMW and Nike, and his editorial assignments have come from major publications. His photographs have been featured in museums as well as commercial galleries in solo and group exhibitions.