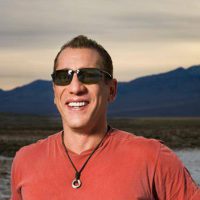 Michael Grecco is the author of the best-selling photographer’s guidebook Lighting and the Dramatic Portrait: The Art of Celebrity and Editorial Photography. His provocative documentary movie and accompanying book Naked Ambition has earned critical acclaim. Grecco’s award-winning still images are published the world over in magazines such as Esquire, Vanity Fair, Rolling Stone and Time.