Skip to main content
The Edge
Photo by: Ted Grudowski 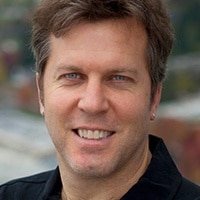 Ted Grudowski has been working with 3D photography for nearly 25 years. He has exhibited around the Pacific Northwest at places such as the San Juan Island Museum of Art, Sea-Tac International Airport and the 3D Center of Art & Photography in Portland, Oregon. In addition to his 3D work, his photo credits include several book covers, coverage of U2’s 1997 PopMart Tour and album covers for artists such as Bjork and Pennywise.