Danny Clinch discusses his career as a photographer and director, including his three Grammy Award nominations for Bruce Springsteen’s music video Devils & Dust, John Mayer’s live concert film Where the Light Is and Ben Harper and Charlie Musselwhite’s music film I’m In I’m Out and I’m Gone: The Making of Get Up! 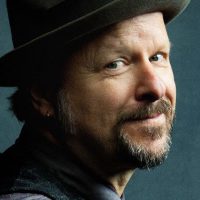 Danny Clinch has photographed and filmed a wide range of artists, from Johnny Cash to Tupac Shakur, from Bjork to Bruce Springsteen. His work has appeared in publications such as Vanity Fair, Spin, Rolling Stone, GQ, Esquire, and The New Yorker. His photographs have appeared on hundreds of album covers. As a director,…

Country: Portraits of an American Sound presents images of the pioneers, poets and icons of country music.